S.T Action No. 1, 2, 3, 4, 5, 6, (2004 – 2005) They are a group of actions that I set out to carry out with the aim of emphasizing some aspects of art produced by women, especially from the second half of the 20th century. These performances are reinterpretations of other artists’ works, the changes are due to a problem of contextualization and temporalization respectively, never in pursuit of originality because, as far as I’m concerned, I consider that this stage of my work has only the original fact of not being original and this, however, also lacks authenticity (remember Sherrie Levine) so it would then be the copy of the copy, the “a double non- originality” This makes the series of actions I perform not simple remakes, no appropriations, or some kind of banal repetition. If I were to classify it I would say that they are a kind of critical monument or analytical homage to the whole tradition (since it is already traditional) of feminist art. 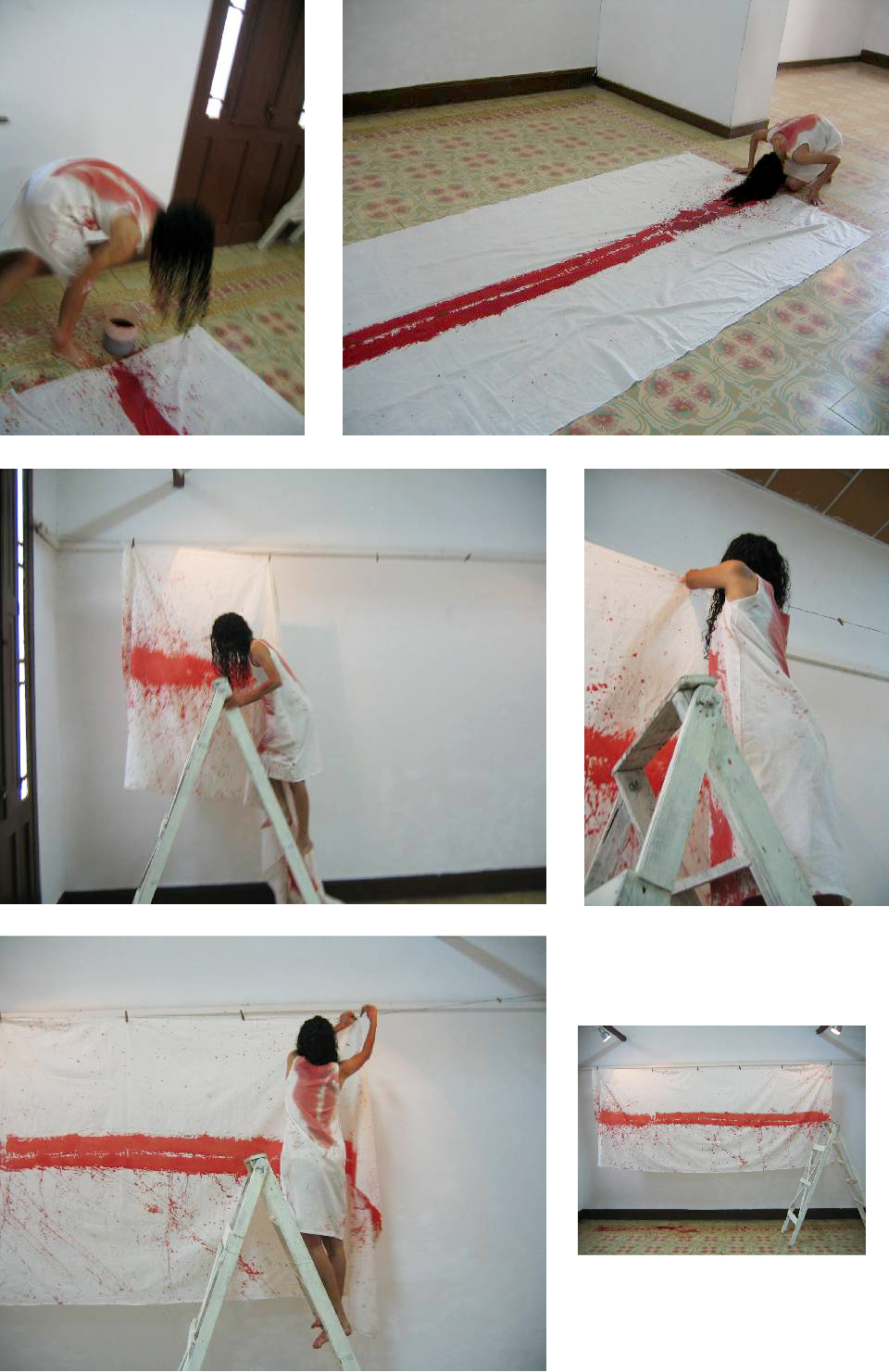 I put my head into a bucket of blood and draw a line with my hair on a canvas.

Everyday actions based on stereotypes that Cuban women assume during the revolutionary period.

Standing in the center of a room, having been tied by my Mother to a series of metal rings arranged on the wall.

I crush the flowers as my hands and arms are cut by the thorns.

I stand in front of a mirror.

I walk the streets of my city, hiding my faces with a veil.