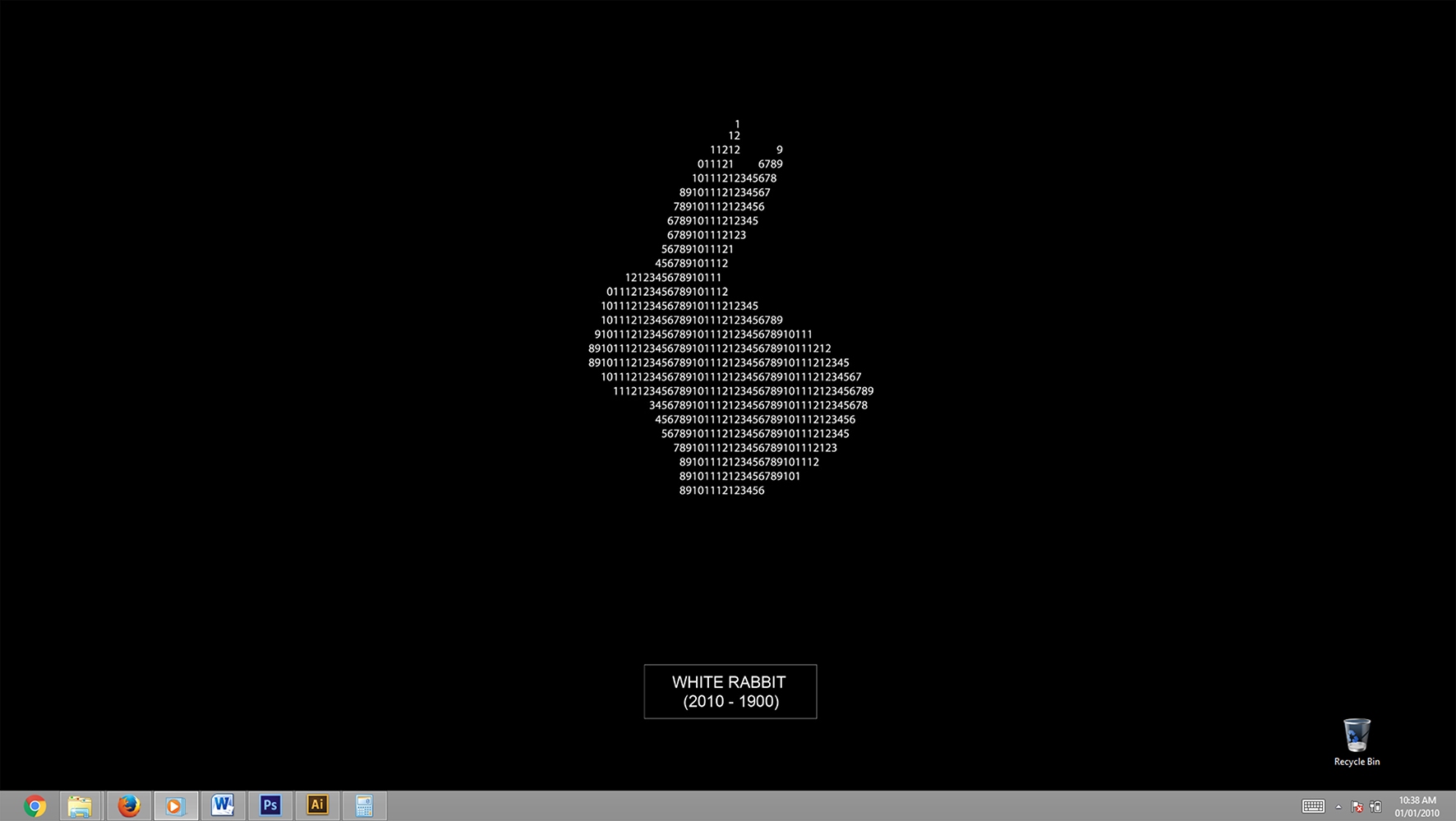 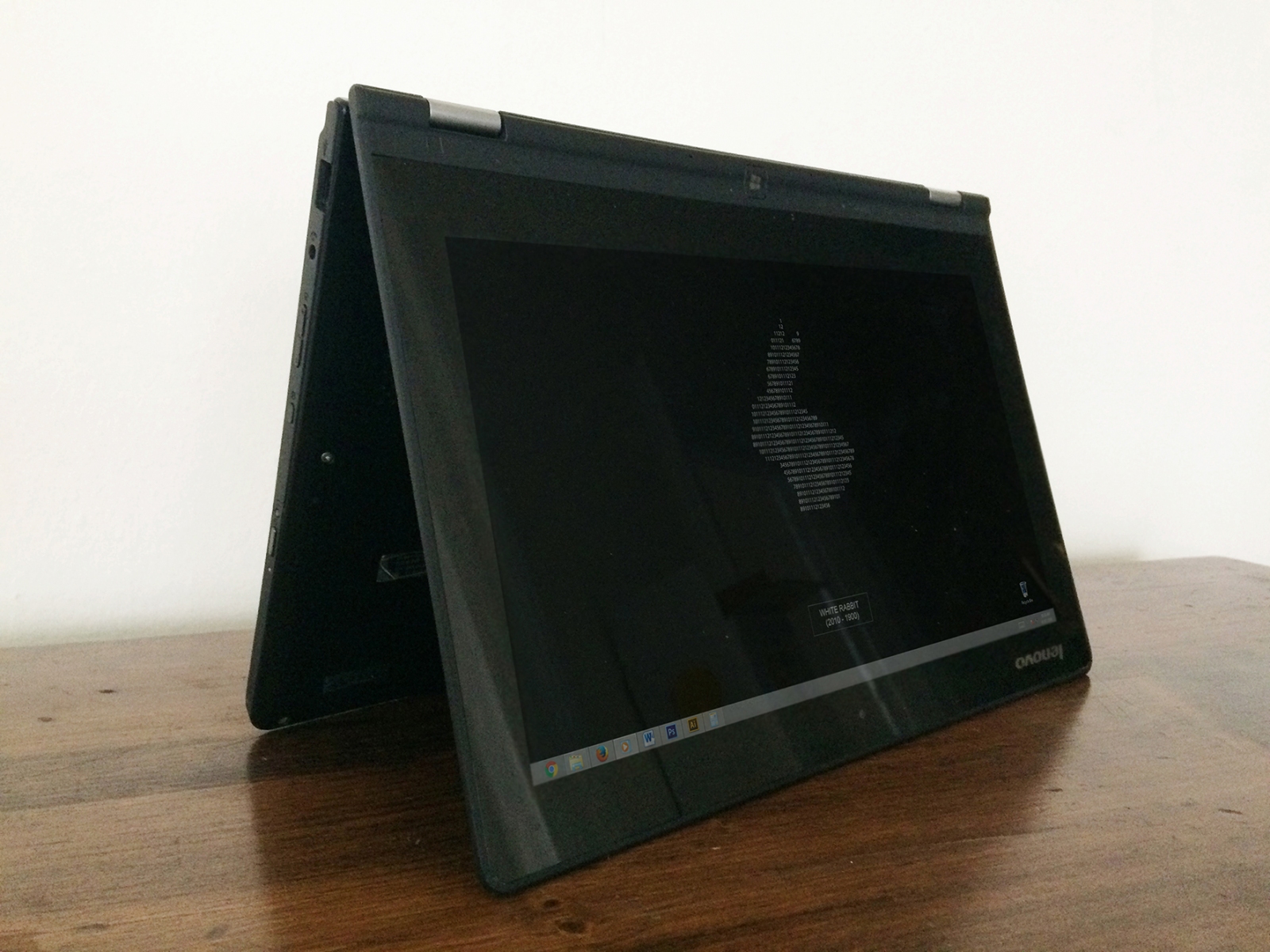 A procedural work that appropriates the literary and historical burden that already connotes the characters of Alice (always in search of the White Rabbit) and The White Rabbit (obsessed with time and its concern to arrive late), protagonists of Alice’s Adventures in Wonderland*.

By posting online ads and emails, which reported that Alicia has lost her rabbit and offers a reward to the person who finds it, “White Rabbit” would be propagated, acting on the functions of the computer, specifically on its clock, the latter begins to mark the time in reverse, until reaching the day, month and year limit, according to the operating system of the infected computer.

“White Rabbit”, was conceived in Sweden, during an exchange scholarship in 2009. The work was never completed as it was thought, due to the fear of the collateral effects it would generate: the artistic end could be supplanted and understood as a terrorist act.

In 2010 I decided to develop it as a project and present it in an isolated computer. This gave a different meaning to the piece, which ceased to be a virus that spread uncontrollably (with possible consequences) to become a unique event, limiting it to a “life” time. Its countdown is its self-destruction, when “White Rabbit” arrives on January 1, 1900** will stop.

“White Rabbit” symbolically performs a “journey in time” without possibility of return, acquiring from this dimension “own life” and also “his death”. A work where its purpose becomes its end. Once this goal is achieved, the piece will be considered as a “dead object” accompanied by this, its history.

___________
*Literary work created by the British mathematician, logician and writer Charles Lutwidge Dodgson, better known under the pseudonym of Lewis Carroll.
**Time set that appears integrated to the Windows OS calendar (This data is still under investigation)